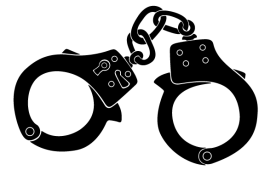 I am a fifty-nine year old female; my heart is heavy. This is a rambling, not conscious, not well thought out, not following traditional sentence structure; when one has been racially profiled— the intention of the profiler to stop, search, handcuff (in my case) a human being because of the perceived identity the profiler has placed on the one being profiled–, unnerving.

JUST RAMBLING: Another and another African American female has been harassed. WHY ? Somehow that word has become a redundant fixture in the world of cop shakedowns and killings. The answer always seems to be “I THOUGHT that. . . .” This “I thought that” is housed in the paradox of fear and hatred of people who look like me—brown. This fear nurtured by a systemic confusion as to the who of the African American was created by the enslavement of the African American.

Meditatively in my conscious stupefaction, I rehearse my own experience as one who was racially profiled. I am also reminded of the African American poet Amiri Baraka who says, “the Negro’s ‘place’ in American society is the fact that it was only as a slave that he really had one. The post-slave society had no place for the black Americans.”

I am also reminded that the African American was the immigrant whose entrance into America was not welcomed, at worst, and ambivalent at best. African Americans were (and may still be for some) “problematic immigrants.”

JUST RAMBLING: Who I am is in such contradiction; yet, it is what the officer thought of me, his perception of my identify that caused him to shout:

“Get Out of The Car. Where Are The Guns and Drugs?”

As he shouted, the memory of my historical foremother—Harriet Tubman—walked me through my own underground railroad, and the God of the “lynching tree” carried me home (https://read.amazon.com/kp/embed?asin=B005M1ZIGI&asin=B005M1ZIGI&preview=newtab&linkCode=kpe&ref_=cm_sw_r_kb_dp_FlVExb81MQYAS).

I sang the last song I sung to my mother before she went to sleep: “Turn Your Eyes Upon Jesus” flowed out of my mouth.

The officer: “Where are you going?’

I explained we were traveling to visit my mother’s grave in Huntsville, Alabama. I told the officer I was a professor at Loma Linda University’s School of Religion (how ironic); I told him again that I did not have any drugs or guns in the car.

In fact, I have never owned or handled a gun. Haven’t taken drugs either! However, who you are is not important when the one naming you has decided you are a criminal.

JUST RAMBLING: The enslaved African’s humanity said, I am human; the slaver said you are a slave.

JUST RAMBLING: I sung, “Turn Your eyes upon Jesus.” And I turned and turned inward; I walked underground. I left America, its historical baggage of racial profiling, its “I THOUGHT” police officers who abandon their humanity as they walk in fear and thus demean the people they are paid to protect. I rambled: “Turn Your Eyes. . . .”

I find joy in this life for two reasons: 1) I believe in the God of the universe and 2.) He gives me the opportunity to ask questions when tragedies that seem to be a modern day lynching occurs. I want to say, God, God, did you see the officer shoot down that boy in the street. God, God, where were you when they killed that young woman in the prison cell. GOD!

The reality is this: I could have been lynched on Highway 24 that evening, but I was not. Eventually the officer took the handcuffs off of my arms (YES, I was shackled). Eventually, he said,

Mam, when you got out of that car, “I THOUGHT.”

Racial profiling: YES IT DOES EXIST!

I don’t feel angry; I feel a sense of urgency. That is why I feel it necessary to ramble; maybe some of what I am saying will be heard.

“Racial profiling is the use of an individual’s race or ethnicity by law enforcement personnel as a key factor in deciding whether to engage in enforcement (e.g. make a traffic stop or arrest)”

It’s easy to say the lynching of Americans because of the hue of their biological surface is wrong and must stop. The challenge is committing to a study of the “why of racial profiling”—historical and social. And, indeed, a program needs to be put in place that is effective.

The rambling of a 59 year old African American female professor who, yes, has been racially profiled because a deeply wounded Caucasian police officer “THOUGHT.”